What on earth?  Why?

Thinking what has Craig gone and bought now!  So along the road I zoomed, and I saw it: a tiny, little white bundle in the field.  A lamb!

But it is the 18th of February!  They aren’t due until the 25th of March! (you can be quite precise with lambing when you know when you have put the tups to the ladies, they get to work pretty quick).

But there wasn’t just one, there was also a set of twins.  Since then, they have not stopped.  Consistently two a day are lambing with either singles or twins.  We only have two poorly ones presently, which is an excellent ratio given we have over 20 live ones already, and a third of the sheep lambed.

So how has this occurred?

Well, your guess is as good as mine.

Either one of the tups got out and got to work quickly, or there has been a rogue male lamb from last year that was running early with them, and escaped both the chop, and the de-bollocking last year and managed to add to the gene pool.

So if you are coming to see a cabin in the next wee while, you can come and see the lambs too.

As well as having little fluffy things appear, we have our shiny new sign at the bottom of the road all set up.

The new display area is being worked on, bulbs planted to make it look all bonny as well as a big tidy up around the place.

Previous PostWhat to have with your meat!‏Next PostWhy you should buy a barbeque cabin
0Shares
Scotia News

Santa Claus Is Coming To Town… 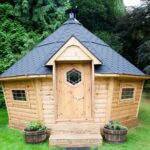 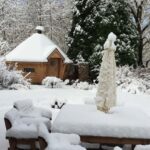 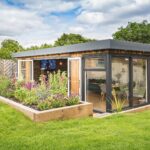 We Are Proud To Receive Our Accreditation Award
14 November 2018admin